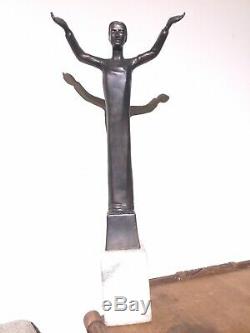 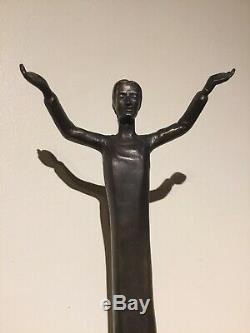 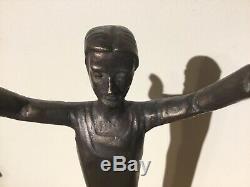 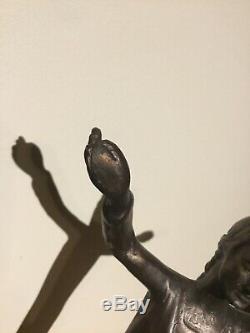 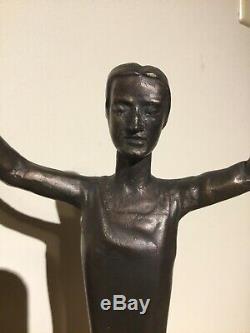 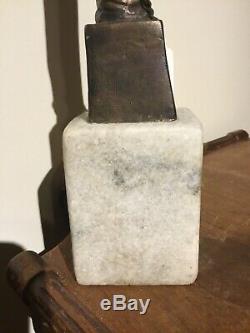 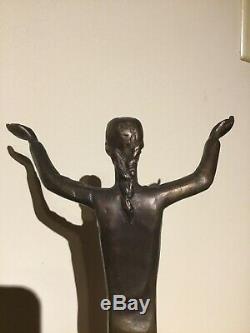 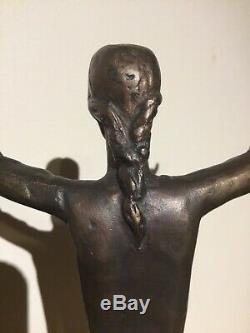 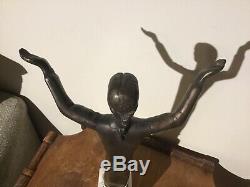 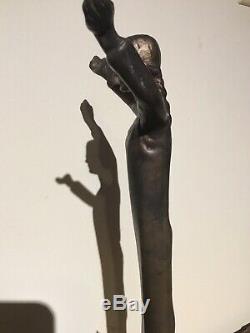 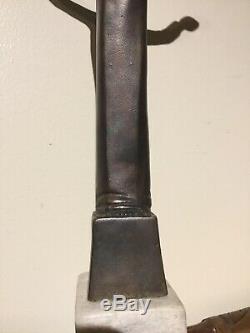 Listed here is the First, Limited Edition model of The Graceland Christ, a statue Memphis Sculptor, John McIntire, created as a gift to Elvis Presley in Dec 1965. John McIntire, local Memphis artist and former art teacher at the Memphis College of Art was commissioned Dec. 6th 1965 by Elvis' close friends, known as the Memphis Mafia, to create the statue as a Christmas Present to be presented to the King on that Christmas eve. The original statue was completed and presented to Elvis with great success. An article in Memphis Commercial Appeal from Aug 9,2014 details the creation of this special gift for Elvis. The original statue, with raised arms, stands 7 ft tall on a Limestone base and can still be viewed in the Meditation Garden at Graceland overlooking the King's grave. This statue was modeled in clay and cast in a mold. The finished statue at Graceland is of simulated white marble. The artist has created this statue is this listing as an original, small 16.5 model of that first statue, cast in silicon bronze and placed on a Georgia marble base. The statue is This one (1) of the four (4) in this edition. It is signed and copyrighted by the artist.

This item is in the category "Art\Art Sculptures". The seller is "derikshun01" and is located in Memphis, Tennessee. This item can be shipped to United States.